Thank you for joining the South End Tennis Club. We hope that your membership will provide you with many opportunities to enjoy the unique atmosphere our club has to offer, and meet other tennis enthusiasts throughout the summer. We ask that you take a few moments to review these rules and to keep them in mind when playing at the Club.

Players should conduct themselves in a courteous and sportsman-like manner at all times. Should you have any concerns, please feel free to contact your board at [email protected].

The South End Tennis Club was established in 1890, making it one of the oldest such clubs in Nova Scotia and one of the oldest tennis clubs in Canada. There were originally five grass courts extending from Young Avenue to what is now MacLean Street.

The land on which the club stood was purchased by a group of active members in order to save the club, each paying a small amount of cash and borrowing the balance against a first mortgage of $2,900. 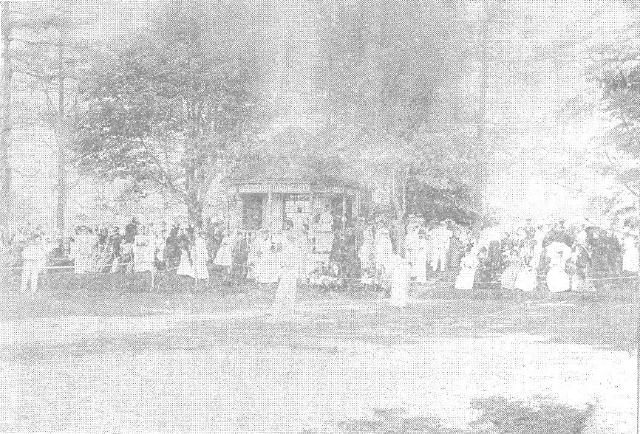 It did not take long for membership to grow, and by 1900 the club boasted 124 playing members and 59 tea members. Two years later the membership had increased to 193, consisting of 63 men, 67 women and 63 tea members.

The original courts were grass before being changed to clay in 1911. Competition was always strong within the club and the South End Tennis Club did well in Provincial Tournaments, winning the "SilverBowl" trophy for many years in a row. The Club hosted the Nova Scotia Provincial tournament for the first time in 1907.

During World War 1 the membership dropped considerably due to the number of male members who had enlisted for active service. By 1922 the membership had grown to 213. This included a Junior membership of 40. The financial position of the club was beginning to show strength for the first time in years. The club now had a cash balance. At the Annual meeting in 1922, it was suggested a Savings Bank account be established and a balance of $300.00 was put in, as a start of a Reserve Fund. In 1924 the Club pavilion was remodelled at a cost of $483.58 and a water line was installed for $49.00 plus trenching.

It should be noted that it was forbidden to play tennis on Sundays until the bylaws were amended in 1929 finally permitting Sunday playing. Electricity was run into the clubhouse in 1952, and in 1956 the lower two courts were sold in to pay the taxes. In 1969 the court surface was changed to Har-tru until 1977 when they were converted to hard surface, as they remain to the present day.